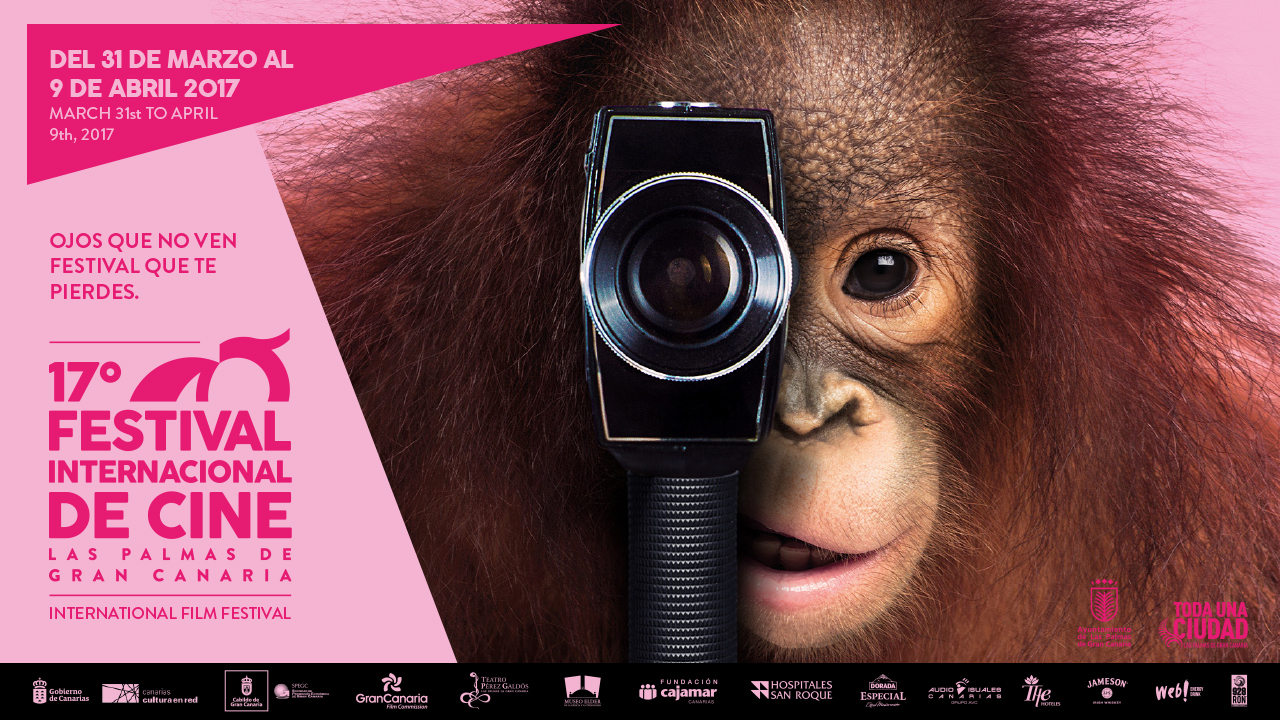 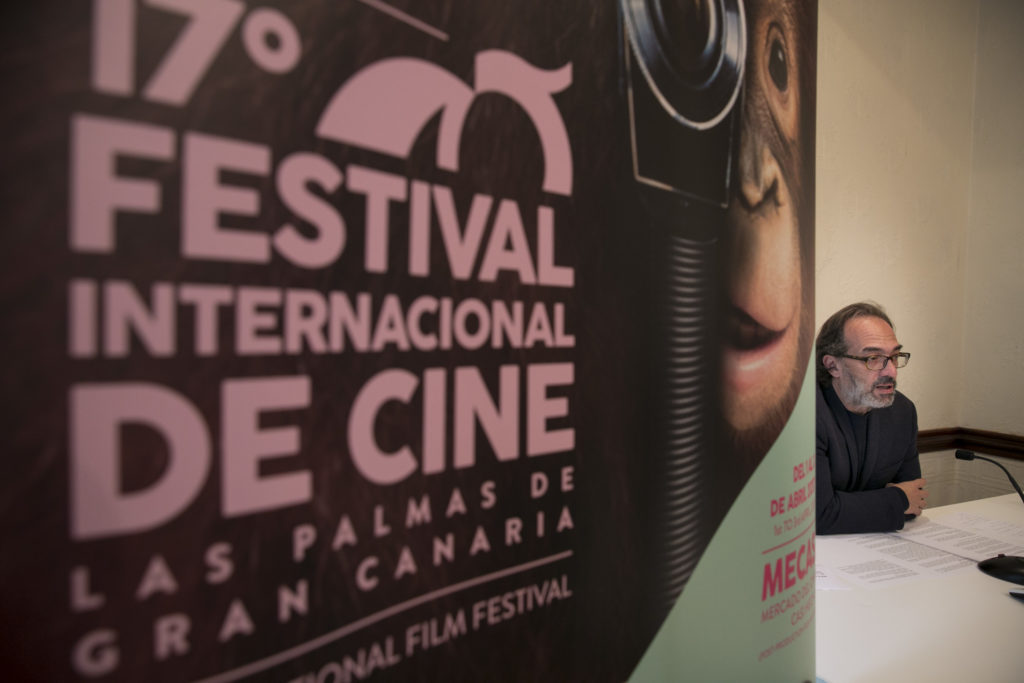 During this morning, Wednesday February 22, a little more than a month before the Festival opens, its director, Luis Miranda, presented this edition’s poster, a picture led again by a peculiar version of the wise monkeys and which, under the motto “Out of sight, out of festival”, reminds the audience that a festival is a unique event.

Regarding the festival’s structure in 2017, it keeps the sections that set the Gran-Canarian Festival apart within the international circuit: Official Section, Panorama, Panorama Spain, Canarias Cinema, The Freakiest Night and Magic Lantern; for the second year in a row, it includes the Monopol Music Festival’s contents within the general program, as an independent section; it presents two cycles that highlight the nature of the scheduling criteria: the advanced Iosseliani and company, and the No future: the new science-fiction film series, coordinated by Jesús Palacios; and it incorporates the market of the festival, an industry-oriented meeting point presented under the name MECAS (Market of Almost-Finished Films).

After revising the 170 registered feature films, the Official Section will show a dozen works, most of them discovered at festivals such as Cannes, Locarno, Busan, Rotterdam or Berlin, and which will be screened as their national release.

Among the titles advanced by the directors we shall find the Oscar-nominee documentary in 2017, I Am Not Your Negro, by Raoul Peck and based on James Baldwin’s original text, a work Karman Films will release in Spain on April 7, and which the Festival’s audience will be able to watch, for the first time, at the festival’s 17th edition. In addition to this, Luis Miranda advanced that Albertina Carri’s last film, Cuatreros, will be screened for the first time in Spain within the Official Section. Carri’s work has only been watched in her country of origin, Argentina, and with a great success, at Berlin’s Forum section. Besides, within the competitive section there will be a similar number of short films that will compete for their category award.

Panorama, a section that could explain the meaning of the expression “festival films”, will bring to the big screen the last works of benchmark authors such as Giraudie, Loznitsa, Dumont, Hong Sang-soo, Radu Jude, among others.

Panorama Spain will give continuity to the screening of that “other Spanish cinema” marked by the letter D from digital and by a far-from-the-industry-uses sensitivity. In 2017, these authors that showed their works at the festival under the D-Generación label a decade ago will choose a recent Spanish film and will allow the audience to have a look at their new projects. In addition to this, each one of them will teach a master class whose attendance requires prior registration.

Canarias Cinema, through its feature and short film competitive section, will offer the vitality and diversity of a cinema that, somehow linked to the Archipelago, aims global.

The Freakiest Night gets out of the Monopol and aims to become one of the program’s stars, taking over the Pérez Galdós Theater on the Festival’s last Friday night. The traditional marathon of horror and fantastic cinema scheduled by Jesús Palacios will adopt a very special touch and will increase its title offer.

The Magic Lantern’s young audience will find an unusual selection: a series of cult films selected for having a legendary song or popular theme that belongs to film memory. According to what Miranda advances, the child audience will also be able to enjoy some cinematographic wink.

The 17th Las Palmas de Gran Canaria International Film Festival will present two of its characteristic film series: Iosseliani and company which, as it was mentioned before, will bring eight titles on 35mm by one of the greatest European cinema authors, Otar Iosseliani, awarded at Cannes (1968), Venice (1982, 1984, 1989 and 1992) and Berlin (2002); and, following the Festival’s proposal, there will be other films added to the selection of his, directed by three masters one could consider his precursors: René Clair, Jacques Tati and Pierre Étaix. In addition to this, No Future: the New Science-Fiction proposes a singular selection of films that, from unusual points of view, bring the audience closer to one of the paradigmatic genres of the fantastic. This film series starts a relationship with the Elder Museum of Science and Technology, which is intended to continue in the future, according to the Festival’s director.

The Monopol Music Festival will complete the offer with twenty pop-and-rock music documentaries, as well as a series of concerts between April 6 and 8. Julieta Venegas will take over the Pérez Galdós Theater on April 6; BEJO, the artist, whose tickets are on sale at ticketea.com, will show his hip-hop, trap and rap fusion on April 8 at The Paper Club; and León Benavente, that same day, will join the national and local bands performing at the Santa Ana Square.