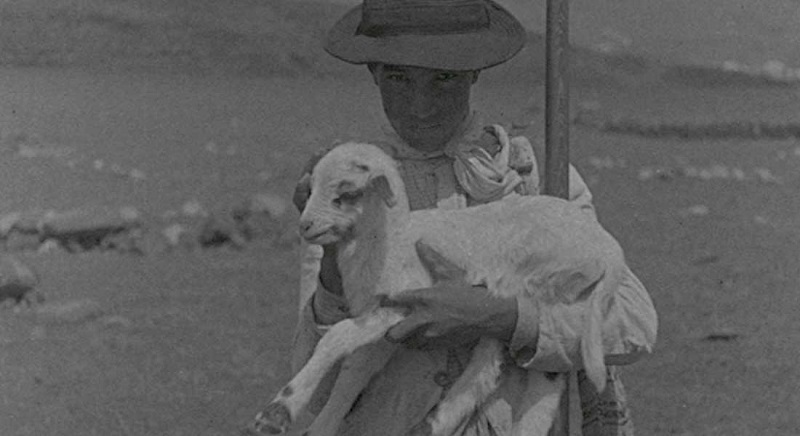  Silvia Navarro and Miguel G. Morales create a film in between documentary and experimental fiction with a valuable selection of archives that forces us to take another look at the Archipelago’ process of development in Spanish history 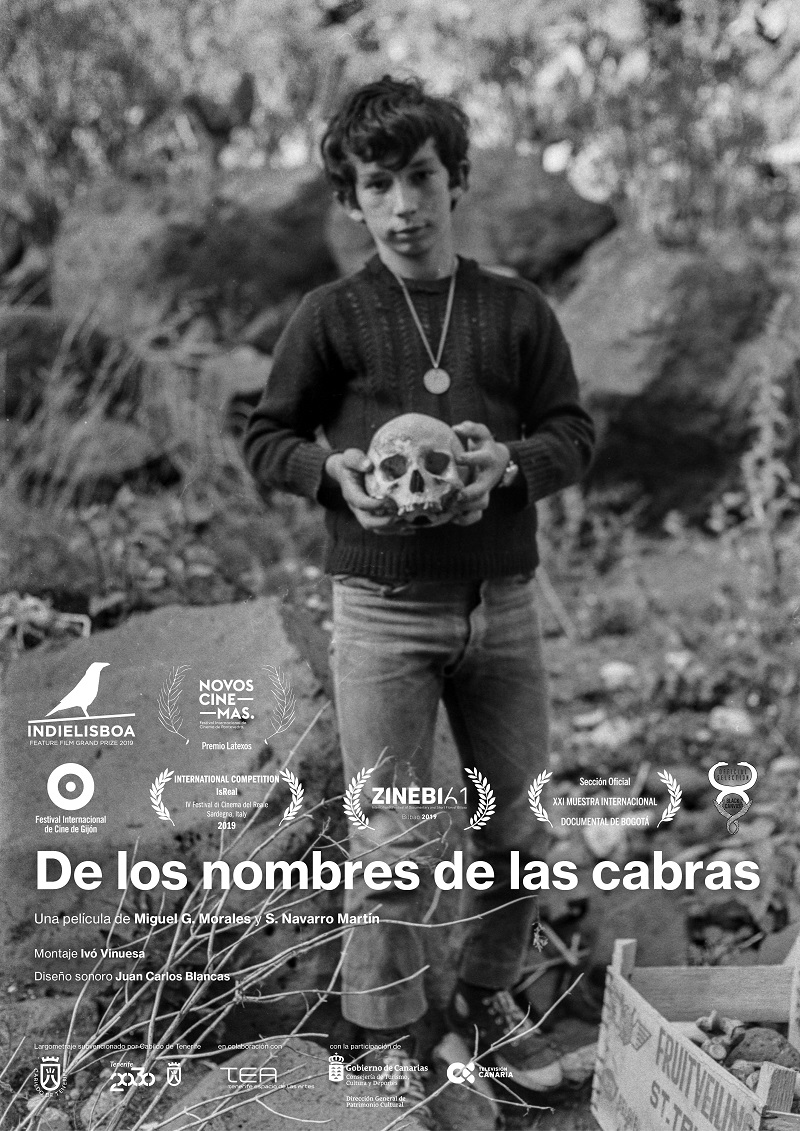 Las Palmas de Gran Canaria, Wednesday April 14, 2021.- Rather than a historical revision, On the Names of the Goats (2019) constitutes a wise redefining of a historical discourse’s elaboration process. Filmmakers Silvia Navarro Martín and Miguel G. Morales go in this film beyond pure documentary boundaries to settle very close to experimental fiction. And, nevertheless, they do manage to reposition spectators in regards to the concept of history in the Canary Islands constructed since their conquest. The directors start from a large amount of sound material the researcher Luis Diego Cuscoy was compiling around archaeological myths constructed in regard to the Islands, and then add numerous pieces from over thirty different document archives, dated from 1920 to 1970. The resulting editing, by Ivó Vinuesa, sheds a new light on the Archipelago’ process of development in Spanish history.

Morales defends the opportunity of “bringing the reading and decontextualization of all the archives we’ve worked with to the present, confronting the debunking of myths and readings imposed by the spheres of power.” And even giving the film an “ironic side.” A feature, this last one, that, for instance, strips Francoist dictatorship’s official archive discourse declamation off its grandiosity, included in what could be referred, too, as a documentary essay.

It’s not that the authors construct a fabricated account on the history of the Canary Islands: rather, they strip fiction from official discourse. They confront it. In a couple of minutes, the film goes from showing how the regime portrayed the Islands’ abnegation when producing tomatoes and bananas (red and yellow, “the Spain of the Canary Islands”) to screening a French documentary’s crude depiction in pictures of the misery Canarian people lived in back then. It expands our ways of looking at that place and that historical moment.

Picture treatment is tackled with a vocation of communicating history and past, emulating silent films in many occasions. All that to construct “a criticism of the Empire with the Empire’s weapons,” according to Sebastián Francisco Maydana, from Caligari magazine. In order to revise indigenous extermination, in a transgressive depiction of the discourse generally accepted about the Canary Islands.

The soundtrack, composed by Juan Carlos Blancas, also contributes to the final effect, in which conventional spectators definitely feel upset by the film and the series of visual documents string together in a disturbing way. Disruptive. The directors summarize their purpose in “the decolonization of knowledge and the way of looking at it.” At the very least, they prove that the reality they’ve tackled have been, above all, complex.

The jury of the 16th Mostra Internacional de Cinema Etnográfico (MICE) announced last Saturday April 10 a Special Jury Mention to On the Names of the Goats “due to its nature of essay combining History and Ethnography through richness of materials while showing a brilliant concept of editing and sound design.”

Prior to that, and among other nominations, the film had been awarded the Feature Film Grand Prize of the City of Lisbon at IndieLisboa “for its rich and intricate investigation of the recent colonial past and its interaction with earlier times and traditions in the Canary Islands, through expertly chosen and edited archive footage, audio interviews and a completely immersive soundscape.”

On the Names of the Goats is screening at 10 am on Thursday April 15 at Cinesa El Muelle’s Screen 9. There’s another screening scheduled for 5 pm that will include an introduction by Silvia Navarro Martín and Miguel G. Morales. The event is subject to all security measures fighting the spreading of COVID-19, so masks are compulsory and social distances need to be observed at all times during screenings.