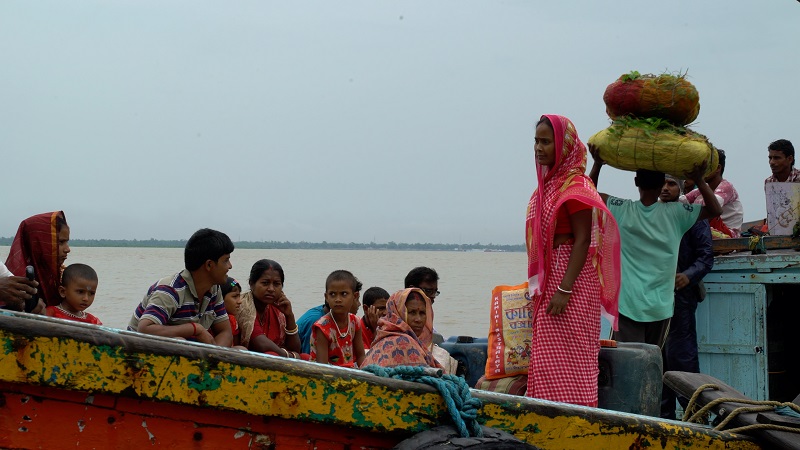  “The problem is huge, immensely huge, and is going to change global reality: these people suffer a drama caused by us”, points out the director

 Baute spent years shooting three women in different communities affected by global warming, in India, Africa and the Caribbean, in an observational exercise that gets the pace people affected by it live in

 “The Festival has been key to built those films made in the Canary Islands”, points out the filmmaker 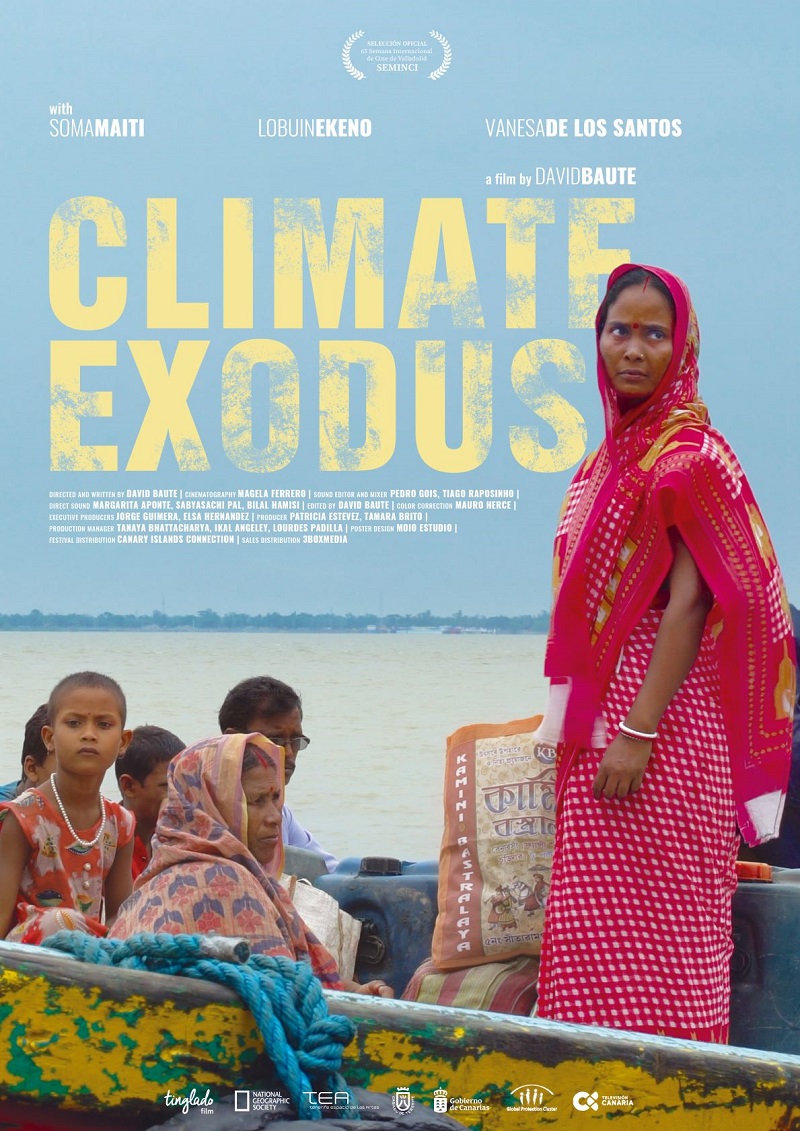 Las Palmas de Gran Canaria, Friday 9 April, 2021.- A terrifying butterfly effect that we still refuse to acknowledge: the carbon monoxide generated in certain parts of the world end up having a devastating effect in others. That is the constant topic in Climate Exodus (2020, David Baute), the second feature screening in Las Palmas de Gran Canaria International Film Festival’s Canarias Cinema section. A detailed portrait of those migrations forced by Climate Change in three different places around the world: people who, without that dramatical sense so typical of Western culture, gather their stuff and move away as their heritage fades away. An intimate and global film, which proposes an immersive experience to the audience, at the same pace its main characters live in.

“We spent a lot of time on the project, it took us seven or eight years”, explains Baute, a director who feels documentaries as a self-pace process. That is, respectfully approaching the people he films, allowing them to adapt to his presence and developing the work later as true as possible to the reality he intends to portray. And, yes, he wanted “to tell what happened with climate change: but with people, rather than with just numbers”.

The locations selected for the documentary were the isle of San Martín (in the Caribbean), Ghoramara (India) and Turkana (a nomad community between Kenia and Uganda, who doesn’t acknowledge frontiers). Vanesa, Soma and Lobuin were the three women the film centered around: they and their environments, lashed by floods or a prolonged drought.

“In Africa we portrayed the problem of desertification”, recalls the director. “We went to a nomad community who suffers the lack of water and in which there are internal fights for getting the remaining wells”. It was the first time they saw a white man and a camera. Getting the community to adapt to the crew was a challenge in its own right”. As it was the fact of choosing those locations. In Turkana there were problems pertaining to the obtention of special permits. “There is a part not included in the film, that of research and location selection”, explains Baute. “And there were a lot of options, because we had to choose the right places from all over the world. Then we started a sort of casting process, looking for people opened to it. Because we filmed not only when they left, but also the moments before they left”.

In fact, the venture required several trips, keeping an eye out for all news related to those places. And “the price you have to pay in these works, which we pay gladly, is keeping in touch with these people, what we still do today”, says the filmmaker.

The result has been a feature with a long circuit run, awarded Seminci’s Green Spike and now screening at Las Palmas de Gran Canaria Film Festival. David Baute admits that his intention is that of “an observational documentary, with a little distant camera in order to give its main characters some air”. That is his method: “Time ends up easing that feeling of being filmed. In the end they see you as someone who has a tool in his hand, just as they have theirs. I usually work like that, it takes more time but you don’t force anyone to do anything. You can only get it with time, even establishing first a camera-less relationship with people. We wait till things start to happen”.

The exercise in itself sometimes causes a cultural shock, which “at first, is with oneself. Because you have to live like the people you are going to film. And in Africa there were days when we had it bad, lacking water, for instance. Y that gets you closer to their reality”. Baute adds that these are “very interesting, very rich cultures, and that is another drama. Because they lose their cultures. In Ghoramara there are barely 30000 inhabitants left, and when they are forced by circumstances to move to Calcuta that heritage gets lost”.

The pace of the documentary is far from what we can find today in big platform’s conventional offers. “What we intended with those long shots”, explains the director, “was to take the spectator to those places. Today we are used to another speed, but if you manage to connect with what we show, you get close to the characters’ pace. That proposal was key”.

Then there’s that sort of nice toll the work leaves you with. “That same process of many years leads you to have an almost familiar relationship, which still goes on, because I keep on talking to them”, says Baute. “They are characters who remain with you for life. That problem remains also with you. It has happened to me with people I shot a documentary twenty years ago. That happens when you achieve truth in cinema, when you manage to connect with people. When that doesn’t happen, I have ended up abandoning those pieces. And I think that in the end something is still noticeable of that relationship kept alive among us”. Because, in fact, “our search consists on doing magic with daily life”.

It’s inevitable to detect a denunciation message in the documentary. The director agrees, “it has always been connected to social and ecological issues. Can it be a denunciation? Well, yes, I can, but what we tried to do is giving film value to the work”. However, “in that case there’s a very serious issue regarding climate migration, which in fifteen or twenty years from now is going to change global reality. The problem is huge, immensely huge. These people suffer a drama caused by us. When you get home you reflect on all that, of course”.

Thanks to Climate Exodus, David Baute is once again present at the Las Palmas de Gran Canaria Film Festival, which, according to him, “is fundamental in the making of cinema, directors or producers who have filmed in the Canary Islands. In the islands there weren’t film schools as such. Here we have learnt thanks to the festivals that have taken place. And here I’ve been given a very important opportunity, because it’s also an outstanding festival at an international level. It keeping on supporting Canarian filmmakers is fantastic for us”.

Climate Exodus is screening at noon on Saturday April 10 at Cinesa El Muelle’s Screen 9 and on Sunday 11 at 7:15 pm. The event is subject to all security measures fighting the spreading of COVID-19, so masks are compulsory and social distances need to be observed at all times during screenings.