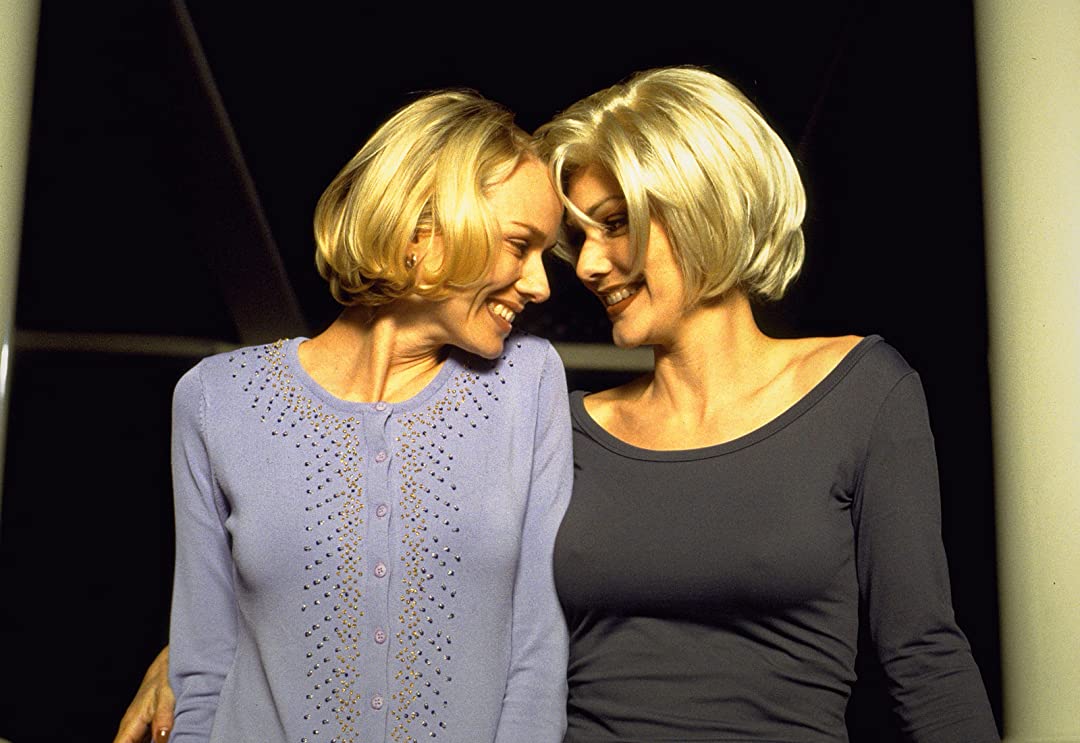 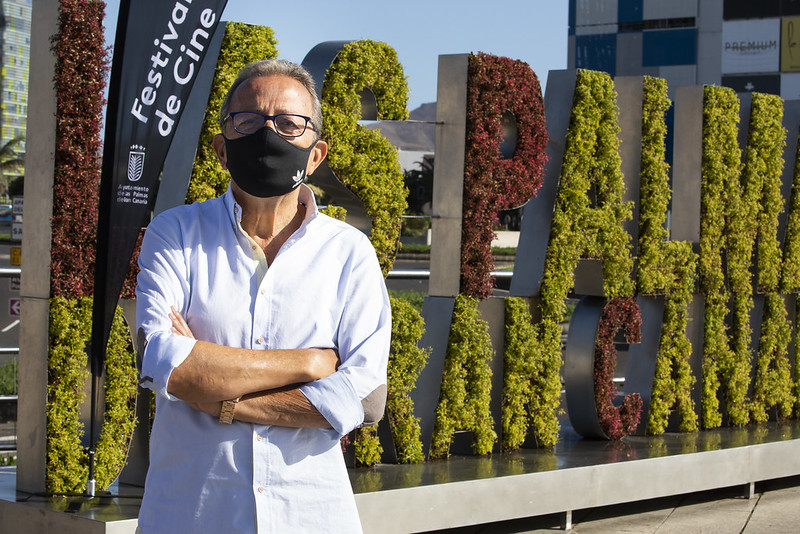 Canarias Cinema Short Films: Session 2. At 10 am and at noon at Cinesa El Muelle’s Screen 9. Canarias Cinema’s Second Short Film Session proposes a varied exercise of self-inspection to the audience. Selfie (2019), by Naira Sanz Fuentes; Confined Spaces (2019), by Shira Ukrainitz and Omar Al Abdul Razzak; Heurtebise (2020), by Octavio Guerra and Elisa Torres; Apache (2019), also by Octavio Guerra; Versions (2019), by Claudia Torres; and No signal (2019), by David Sainz, make up a short-film collection that, in one way or another, bring up the need of assessing ourselves collectively and personally.

Canarias Cinema Feature Film: Climate Exodus (Spain, 2020, 63 min.), by David Baute. At noon at Cinesa El Muelle’s Screen 9 and at 7:15 pm on Sunday 11, David Baute screens an intimate and global documentary. A terrifying butterfly effect that we still refuse to acknowledge: the carbon monoxide generated in certain parts of the world end up having a devastating effect in others. That is the constant topic in Climate Exodus (2020, David Baute), the second feature screening in Las Palmas de Gran Canaria International Film Festival’s Canarias Cinema section. A detailed portrait of those migrations forced by Climate Change in three different places around the world: people who, without that dramatical sense so typical of Western culture, gather their stuff and move away as their heritage fades away. An intimate and global film, which proposes an immersive experience to the audience, at the same pace its main characters live in.

Between Dog and Wolf’s second screening is scheduled at 7 pm at Cinesa El Muelle’s Screen 9. The film, produced by José Alayón along with Marina Alberti and Viana González, portrays the adventure of three Cuban veterans of the Angolan War who continue with their annual ritual of reliving their training as soldiers.

Magic Lantern. Shim Chanyang’s Da Capo will be shown at noon at Cinesa El Muelle’s Screen 8. The young public will have Korean feature film Da Capo, the story of the young musician Tae-il, who returns to his home town to team up again with Ji-won, an old colleague from the band. Now a music teacher, she is helping a band that is practicing to compete in a talent show for youngsters. According to the catalogue, “Da Capo is able to transport adults back to their youth. It is a trip back in time to those years when we thought we were rock stars and when our days revolved around music. This Korean film is an ode to friendship and to the power of union of music and art. It shows how, even in the darkest moments, a joint catharsis can emerge from an impulse”.

Claudio Utrera’s tribute. At 5 pm at Cinesa El Muelle’s Screen 3. The Film Festival celebrates its 20 years, and that’s why this edition will pay tribute to the first promoter of the Festival, Claudio Utrera, presenting him with an Honor Award. The ceremony honoring him, a man who directed the Festival for fourteen years, will have Las Palmas de Gran Canaria’s mayor, Augusto Hidalgo, and the current director of the Festival, Luis Miranda. Then it will be screened, at 5:45 pm, Mulholland Drive (USA, 2001, 174 min.), by David Lynch, one of Hollywood’s most significant and influential filmmakers over the past decades. Twenty years after its birth, Mulholland Drive remains, even today, as one of the most surrealist psychological thrillers ever made, one where nothing is what it seems.

Special Session: A este lado del mundo (Spain, 2020, 96 min.), by David Trueba. Screening at 6:45 pm at Cinesa El Muelle’s Screen 4 with a previous introduction by its director. The audience of the Film Festival will not only share in his thoughts on the art of imagining, writing or directing films, but will be able to admire, too, his latest work, the aforementioned A este lado del mundo. In this film, starring Vito Sanz, Anna Alarcón and Zidane Barry, a youngster from Guinea Conakri who jumped the fences when he was fifteen years old, the Madrid-born director goes to provides the audience with a close look to this drama. He does so through subtle touches of humor, while getting away from predictable plots or approaches and inviting spectators to observe and debate from an unexplored perspective.

Anthology 20th Anniversary. Asghar Farhadi. Introducing two of his films. Umberto D. (Vittorio de Sica, Italy, 1962, 88 min.) will be screening at 5 pm on Screen 3. Selected by Farhadi himself for the Festival, the Iranian filmmaker considers it to be decisive in his film training. At 7 pm, on Screen 5, the Festival will retrieve one of the works that earned the director an Oscar award: The Salesman / Forushande (Iran, France, 2016, 123 min.)

Panorama. This section of the Festival has scheduled for this Saturday, at 5:30 pm on Screen 5, the screening of the film True Mothers, Naomi Kawase’s latest work that depicts a conflict between identity and family stability as a result of an adoption process. And at 7 pm at Cinesa El Muelle’s Screen 6, La nuit des rois / Night of the Kings, a prison drama by Philippe Lacôte that combines a violent environment with the calm provided by the power of oral tradition.

Panorama Spain. A Storm Was Coming (Spain, 2020, 87 min.), by Javier Fernández Vázquez, will be screened at 5 pm at Cinesa El Muelle’s Screen 5 with a previous introduction by its director. A Storm Was Coming arrives to the Festival after appearing at Berlin, Mar del Plata and Vienna. The documentary by the Bilbao-born filmmaker is set in 1904. In 1904, Ësáasi Eweera, one of the last Bubi leaders to defy Spanish rulers in Equatorial Guinea, was arrested and forcibly taken to Santa Isabel, the colony’s capital, where he would die. The official Spanish version of these events is still kept in the General Administration Archive and contrasts with the versions that have survived amongst the natives.

Camera Obscura. The Festival releases in its 20th edition a special section that will bring to Miller Cultural Hall three days of silent cinema plus live music. Two centenaries are the pretext for this activity: on the one hand, the centenary of two masterpieces made in 1920-1921, at the beginning of what would become the most brilliant period of silent cinema. On the other hand, the obituary of great composer Camille Saint-Saëns. The first event will take place on Saturday 10 with the screening of L’assassinat du duc de Guise (André Calmettes, Charles Le Bargy, France, 1908, 16 min), the first film for which an original score was specifically made. Composed by Camille Saint-Saëns, adopted son of Las Palmas de Gran Canaria in 1900 and whose death reaches its centenary this year, will be performed live by instrumentalists from the International Bach Festival, an ensemble made up of members from the Gran Canaria Philarmonic Orchestra: the IBF Ensemble, which will be conducted by Humberto Armas.

MECAS. The fourth edition of Las Palmas de Gran Canaria International Film Festival’s Market of Almost-Finished Films will be held from April 10th to 13th at the Elder Museum of Science and Technology and will have a large program of activities and meetings gathering over thirty film-industry experts.

4 – 6 pm. Screening of Video Blues, by Emma Tusell and talk with the director. Free registration at MECAS’ website to access the movie theater and watch it online. The talk will be streamed on MECAS’ Facebook and Vimeo accounts. A link for those who have registered online will be set up.

6:15 – 8 pm. The role of a Creative Producer. Masterclass and talk with producer María del Puy Alvarado (Malvalanda Films) will be streamed and conducted by Chedey Reyes, from the Clúster Audiovisual de Canarias [Audiovisual Cluster of the Canary Islands]. Free registration at MECAS’ website to access the movie theater, where the speakers can be asked questions, and free access on streaming on MECAS’ Facebook and Video accounts.