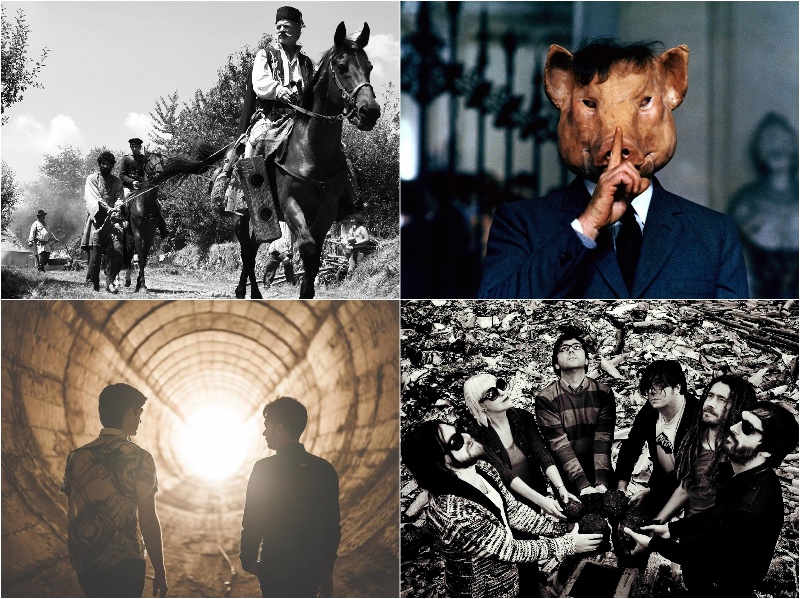 The director of the festival, Luis Miranda, and film historians Santos Zunzunegui and Manuel Vidal will present on Monday, April 9, at 11 am, at the Pérez Galdós Theater, the content of May 68, the core film series of this 18th Las Palmas de Gran Canaria International Film Festival inspired by the celebration of the 5oth anniversary of the May 68 events in Paris. The film series is made up of sixteen films by filmmakers such as Jean-Luc Godard, Gutiérrez Alea, Carlos Saura, Chris Marker, Peter Watkins or Varda, whose work, in addition to reflecting the pulse of a politically, socially and culturally tumultuous period, clearly shows a formal break with the cinema made to date.

Further information on the following link

Aferim!, by Radu Jude, returns to Las Palmas de Gran Canaria within the film series the Festival devotes to the Romanian filmmaker

In 2016, the film Aferim!, by director Radu Jude, thanks to which its director won the Silver Bear at Berlin, was screened at the Las Palmas de Gran Canaria International Film Festival within the Neo-Western: The New Frontier cycle coordinated by Jesús Palacios. In 2018, this renowned film by the Romanian director, which translated the Wild West scenery onto 19th-century Romania, returns to the Monopol screens with the film series the festival devotes to the filmmaker. Aferim!‘s first showing will be on Monday, April 9, at 7:30 pm, at the Monopol Screen 4.

GAF and Pumuky, Canarian indie on the Monkey Nights

Pumuky, an indie group started in 2003 by the brothers Jaír and Noé Ramírez, is without a doubt one of the Canarian bands with the greatest national and international future. They’ll arrive to the festival on April 9 with a reedition of their EP “Los exploradores perdidos” [Lost explorers] ten years after its release and four LP on their  record collection, “Justicia Poética” [Poetic Justice], “Plus ultra”, “El bosque en llamas” [The Forest in Flames] and “De viaje al país de las tormentas” [Trip to Stormland]. There are more than enough reasons for enjoying one of the strongest evenings of the Monkey Nights’ first edition. The concerts will start at 9 pm and have a single 5-euro ticket, which includes a beer.