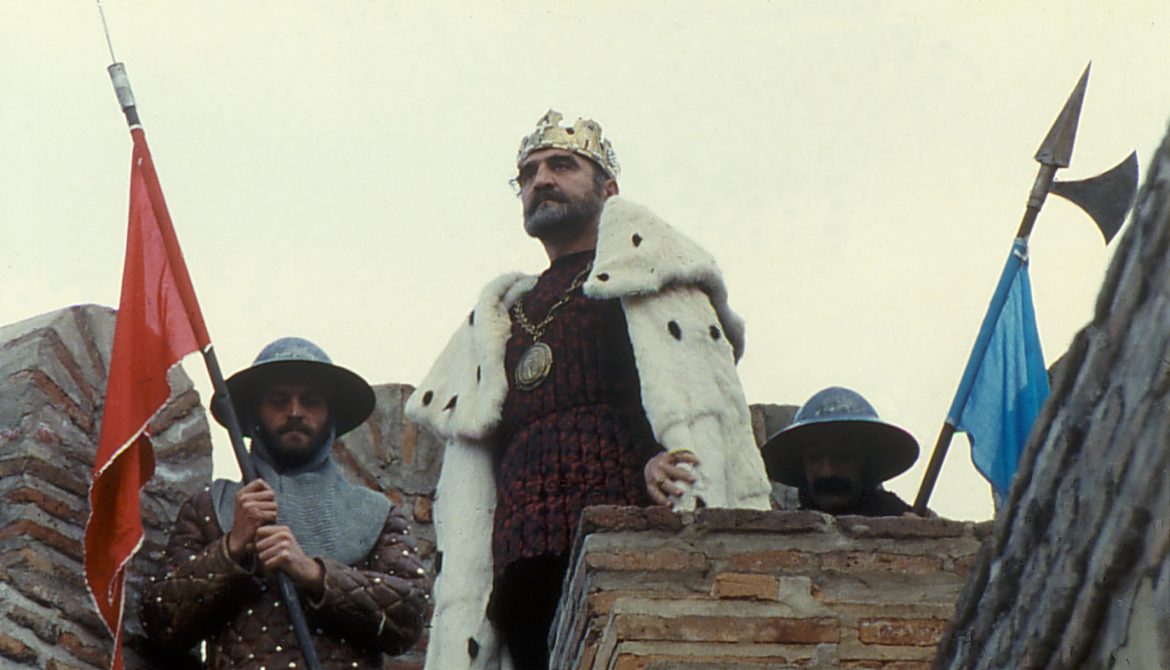 A film which jumps continously from one Historical period to another: A medieval king who puts his wife in a chastity belt before leading his men into battle; modern-day snipers shooting passers-by from a rooftop; a Soviet policeman teaching his son about torture in the Communist era… With his caustic sense of humor, Iosseliani tells us, as the old Latin proverb said, that homo homini lupus: Man is a wolf to Man.