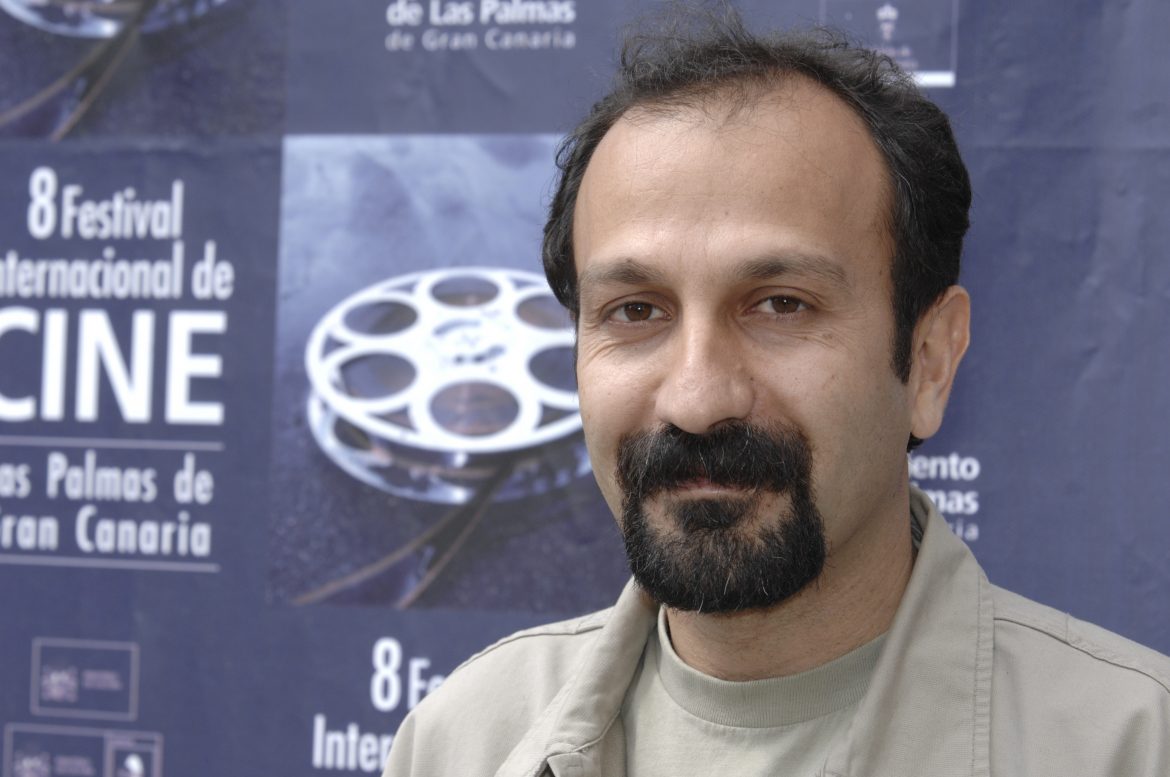  Tributes return to the Festival thanks to fundamental voices of the Spanish and international sphere: Isaki Lacuesta and Víctor Moreno, alongside French cinema muse Julie Delpy, and with a recognition to the man who started the Festival two decades ago and left his mark on it during its first fifteen years, Claudio Utrera 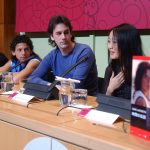 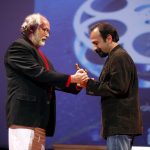 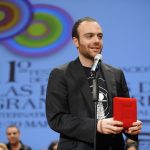 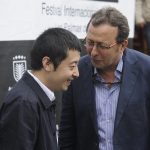 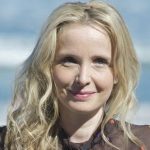 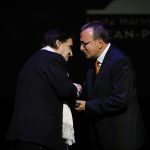 Thus, the Festival will publicly recognize Iranian filmmaker Asghar Farhadi, a two-time Oscar winner who, before becoming one of the most renowned filmmakers in the world, won the 2007 Golden Lady Harimaguada for his feature Fireworks Wednesday. Spanish filmmakers Isaki Lacuesta and Víctor Moreno, two essential artists of that “other” Spanish cinema who started their relationship with the Festival with their first features, La leyenda del tiempo and Holidays, will also receive their respective Honorific Awards. On the other hand, a 20th edition could not waste the opportunity to publicly thank film critic Claudio Utrera’s persistence, determination and farsightedness. He was the first promoter and director of the Festival, which started in 2000 and managed in just a few years to carve a niche for itself within the festival circuit, thanks to a line of programming barely explored back then in Spain and which was based in most cases on the selection of innovative pieces, unknown filmmakers and works made on the margins of the industry.

That commitment has continued to be the touchstone of this Festival, which will also pay tribute to an internationally renowned filmmaker, screenwriter and actress, Julie Delpy. A brief retrospective will be devoted to her.

The first three filmmakers have confirmed their attendance. The first works they premiered at the Festival will be included in the section Anthology 20th Anniversary and will be screened at Cinesa El Muelle Multiplex. In addition, Farhadi’s tribute will consist on a meeting with the audience and the screening of his Oscar-winning films The Salesman / Forushande (Iran, France, 2016, 123 min.) and Nader and Simin, a Separation / Jodaeiye Nader az Simin (Iran, 2011, 123 min.), his acclaimed feature About Elly / Darbareye Elly (Iran, 2009, 114 min.) (Silver Bear at Berlin, Best Cinematography at Tribeca), as well as La Strada / The Road (Federico Fellini, Italy, 1954, 108 min.) and Umberto D. (Vittorio de Sica, Italy, 1962, 88 min.). These two last masterpieces were selected for this cycle by the Iranian director himself following the “Carte Blanche” procedure by which the Festival asks certain filmmakers to choose some of the most decisive films in their formation.

Julie Delpy, settled in North America, will take part in the Festival through the screens only, due to her inability to travel to Gran Canaria. In any case, her commemorative statuette is already on its way to its destination and the Gran-Canarian audience will be able to witness its reception and will enjoy two of her films, Deux jours à Paris / 2 Days in Paris (France, 2007, 96 min.), Le skylab (France, 2011, 91 min.), and a third one starring and co-written by her, Before Midnight (Richard Linklater, USA, 2013, 104 min.).

Claudio Utrera’s tribute will take place five years after his retirement. Thus, the Festival will finally settle a debt it owed to its founder, and in what better way that during an edition as significant as this, its twentieth.

With proper distance, Las Palmas de Gran Canaria Film Festival returns to its origin, to the genesis of its creation, and recognizes Utrera’s effort to start a worthy Festival and carve a niche (an audience niche) for it. After some first few editions aimed at drawing media attention, Utrera and his team took a radical change so that they could provide the Gran-Canarian audience with a kind of cinema they could not have accessed to otherwise. As current director Luis Miranda has explained, “doing so, they opened a window to the vast field of “art cinema”, “auteur cinema”, “independent cinema”, “experimental cinema”, in all its trends and practices, as well as in all its geographic and cultural diversity”.

It proved a good decision when the Las Palmas de Gran Canaria International Film Festival programmed Farhadi’s third feature, Fireworks Wednesday, in 2007. The programming team back then somehow managed to foresee his meteoric and brilliant career, a sign endorsed by that edition’s jury, who granted Farhadi’s film the most important award of the festival: the Golden Lady Harimaguada.

In those days, the filmmaker, alongside his wife and daughter, strolled as a complete stranger Las Palmas de Gran Canaria’s streets. Back then none of his films had been programmed in any Spanish festival and little did we know that over the years he would make a feature shot in Spain and starring Penélope Cruz, Javier Bardem, Ricardo, Darín, Barbara Lennie or Eduard Fernández: Everybody Knows (2018).

In between both titles a decade passed, as well as ten other films that landed him over 80 awards of great international significance: two Oscars, a Golden Globe, a couple of awards at Cannes, Golden and Silver Bears at Berlin, a Cesar or a David di Donatello, plus an infinite number of recognitions and prizes that have turned him into one of the most sought-after artists by all great A-class festivals.

Farhadi is a graduate of theatre, with a BA in Dramatic Arts and MA in Stage Direction, who first got into the world of short-films, then wrote screenplays and later directed some television series until he managed to make his first feature, Dancing in the Dust (2003). He followed with The Beautiful City (2004). He showed promise in both of them, but it was with his third film, Fireworks Wednesday (2006), that he won, in addition to the aforementioned Golden Lady Harimaguada, the Gold Hugo at the Chicago International Film Festival.

His fourth film, About Elly, released three years after appearing in the LPAFilmFestival, won him the Silver Bear for Best Director at Berlin and also Best Picture at the Tribeca Film Festival. He has risen constantly after every new piece made: his fifth feature, Nader and Simin, a Separation (2011), earned him international recognition with two nominations and an Oscar, among dozens of awards, including the Golden Bear at Berlin. The Past (2013) got him to Cannes, and his seventh feature, The Salesman (2016), got him the second Oscar of his career. His latest film, Everybody Knows, has been recognized with plenty of national awards (Días de cine, Fotogramas or Sant Jordi) that were received by actresses Penélope Cruz (first two) and Bárbara Lennie (third one).

A year before Farhadi’s visit, the Las Palmas de Gran Canaria International Film Festival welcomed a young Isaki Lacuesta, who won the 2006 Special Jury Award with his second feature, La leyenda del tiempo. He showed promise in that film, in which he got away from cinema’s frontiers and broke barriers in regards to predominant practices.

Isaki Lacuesta has won, among others, two Golden Shells at San Sebastián, Best Film at Mar del Plata or ten Gaudís. He has also appeared in retrospectives of festivals such as the Italian Poppoli, the French Toulouse or the German Tübigen, among others. His works have been shown, too, at the Centre Georges Pompidou in Paris, at the National Gallery of Art in Washington, and at the Swiss, Spanish and Catalonian Film Archives. In addition, he has appeared in significant festivals all over the world, as well as in art museums such as New York’s MOMA.

The Gran-Canarian Festival managed to foresee in Isaki, too, a solid and consistent career that would end up drawing attention from curators and critics alike. Over the years, the Catalan director has become a regular within the Festival, collaborating in workshops, conferences or cycles concerning films made outside the industry.

There is no film in his filmography (Cravan vs Cravan, 2002; Murieron por encima de sus posibilidades, 2014; or La propera pell, 2016; among others) that hasn’t received significant awards.

Las Palmas de Gran Canaria Film Festival and Víctor Moreno’s relationship began a little over a decade ago: in 2010 the Festival included in its Official Section Holidays, the debut film of a Canarian author which would compete on the same level than so many other international filmmakers.

Thus, the filmmaker from Tenerife, who studied Film and Philosophy at the Complutense University and a master’s in Documentary Creation at the Pompeu Fabra University, would instantly become one of the authors whose career the Festival would follow unconditionally.

Moreno, who has appeared in numerous festivals within the auteur cinema circuit, competed with Edificio España (2012) in San Sebastián, Las Palmas de Gran Canaria, DocLisboa, Documenta Madrid or BAFICI before earning a nomination for Best Documentary at the Goya Awards. His film La ciudad oculta (2018) won, among other nominations and awards, the Richard Leacock Award for Best Feature Film at the Las Palmas de Gran Canaria International Film Festival. Besides, his medium-length films and short films have been selected by the Festival and have appeared in venues such as New York’s Lincoln Center or dozens of festivals, including the Dutch IDFA, Karlovy Vary or Visions du Réel.

Víctor Moreno combines his work behind the camera with teaching, both as a teacher in film schools and as a speaker in conferences convened by universities such as La Sorbonne (Paris) or USC (Los Angeles).

Despite the uncertain scene caused by the pandemic, the Las Palmas de Gran Canaria International Film Festival got in touch with Julie Delpy months ago. A brilliant director, screenwriter and actress, Delpy was intended to be invited both as an honoree and as the protagonist of a brief retrospective that recovered some essential movies from her filmography. Even though the current panorama has prevented her to come to the Festival, she wanted to somehow be present and manifested to the Festival’s staff her gratitude and willingness to share in virtual time with her audience. She also facilitated the addition of three important titles: 2 Days in Paris, Le skylab and Before Midnight, by Richard Linklater.

Her long career as an actress began when she was 14 years old and took part in a Jean-Luc Godard’s film. In 1990 she moved to America and went on getting international recognition after she appeared in films such as Europa, Europa, by Agnieszka Holland or Krzysztof Kieślowski’s Three Colors trilogy, having cameos in the first and third instalments and a starring role in the second one: White (1994).

In addition to having worked alongside masterful directors such as Bertrand Tavernier, Carlos Saura or Léos Carax, Delpy joined Richard Linklater’s crew in Before Sunrise (1995), a terrific love story built alongside Ethan Hawke and the first instalment of a trilogy that would later include Before Sunset (2004) and Before Midnight (2013). This cult trilogy, which approaches love relationships without any flourishes, counted on Delpy’s talent as a screenwriter for the second and third instalments (which earned her two Oscar nominations).

It was precisely during the 90s when she helmed her first short film Blah Blah Blah. In 2002, she made her feature debut with an experimental film called Looking for Jimmy. In 2007 she competed at the Berlinale with 2 Days in Paris, her second feature starring Adam Goldberg, Daniel Brühl and herself. She has also directed works such as The Countess (2009) or Lolo (2015), and it was her feature Le Skylab (2011), a tender film about family relations, the one that won her the Special Prize of the Jury at San Sebastián. This last feature will be screened at the Las Palmas de Gran Canaria International Film Festival, too.