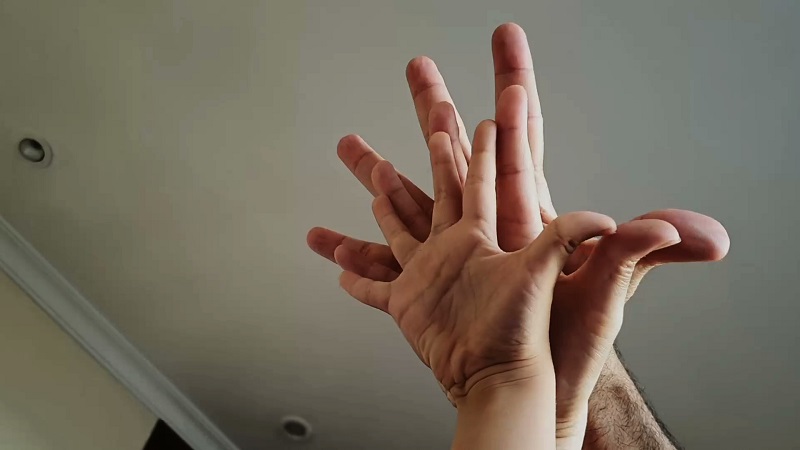  Director José Víctor Fuentes leads an ironic review of his life and bonds, equipped with plenty of real material… and a desire to mislead his close friends and relatives

 “For me, everything is cinema. And in this case I take that to the limit: I turn myself into a character that is part of a tale”, points out the filmmaker

Las Palmas de Gran Canaria, Tuesday April 13, 2021. Sometimes Love (2020) is a perfect demonstration of self-criticism. Of how a lot of times there’s no need of taking oneself too serious in order to be truly important. José Víctor Fuentes does in this film, now arriving to the Canarias Cinema section of the Las Palmas de Gran Canaria International Film Festival, what he refers to as “autofiction”. Something he has managed to bring to life thanks to lots of real material, false-documentary-like shooting, an always ironic but nonetheless tender look at his own privacy and a desire to mislead his close friends and relatives. Although, above all, “it is an analysis of my life, mostly since I met my girl. It’s a journey towards our inner selves. And in this journey what I find is love.”

The girl is photographer Virgina Park, codirector of photography in the film, because, among other things, a good deal of the real material compiled by the self-defined “cinephagus” is hers. Someone who had the idea of filming, for instance, the pregnancy test result that confirmed his paternity, his partner’s later reaction and instant panic in front of the mirror. Fuentes claims in Sometimes Love that “becoming a father ruined my life.” But, of course, “It’s pure irony! It’s a good thing it happened like that.”

The piece is a journey through an initially clichéd 40s crisis: a review of real life that, around the middle of the film, shifts “towards what could’ve been.” The director doesn’t want to reveal “what is true or a lie. For me, everything is cinema. And in this case I take that to the limit: I turn myself into a character that is part of a tale.” He does it keeping in mind that he takes a risk, because “sometimes people don’t understand that irony. Like when you tell someone he’s a turd and in fact what you’re expressing is that you love him a lot.”

That’s why Fuentes always treated his project “as a fiction film. It evens follows the structure of the hero’s journey, and ends with the return home. The character discovers that meditation and silence make you find yourself. And that takes you to love. Meditation and silence, by the way, are real things in my personal life.” The filmmaker, in any case, is convinced that “sometimes, to tell the truth you need to lie. And serious stuff needs to be told sort of joking.”

Was the process complicated? Yes, without a doubt. Up to the point that he ended up having 39 different versions. The last one seems to be the good one, the one arriving to Canarias Cinema. It’s been “four years of editing. I failed all deadlines. I took off an entire part I had shot in New York. But the truth is I had a lot of fun making it and, above all, editing it. Seeing it like that makes it seem as if I had written a script or something.”

And despite all that, Fuentes doesn’t think of himself as a real editor “which it seems to me like a serious word. I just edited it. And I did try to find a real editor, but in the end I thought that it was me who had to organize all that. I knew and I didn’t know what I was doing. I couldn’t tell anybody, I couldn’t explain what I really wanted, because I was finding it out. It’s true that Octavio Guerra was with me for two and half years as if he was the editing’s Jiminy Cricket. He’s been my spiritual advisor.”

Such ups and downs with the editing took a toll on him, making him suffer, lose faith in the quality of the work. But in the end, always trying “to avoid a film full of hearts,” Fuentes managed to tell us “a tale: it’s a lie, although it tells a real truth.”

Prior to this piece, José Víctor Fuentes has made several short films and three features: 90 minutos & I love you (2011), La Luz de Mafasca (2012) and 11211 (2014), which received a Jury Special Mention at the Las Palmas de Gran Canaria International Film Festival. He’s been, too, the promoter of La Palma’s Festivalito: a festival that has produced many filmmakers in the Canary Islands. “I’ve taught no one to make cinema at the Festivalito,” stresses the director, “I just kicked a ball and a lot of people started to play with it.”

In regards to the Las Palmas de Gran Canaria International Film Festival, Fuentes recalls that “I’ve premiered there nearly all my works. It’s a Festival that allows a very interesting meeting of people. There’s healthy competition. And you learn from others, not only when you watch their short films, but also when you talk to them. In my case, what I’ve watched the most it has been Canarian cinema.”

Sometimes Love is screening at noon this Wednesday April 13 at Cinesa El Muelle’s Screen 9. There’ll be another screening at 7 pm that will include a previous introduction by José Víctor Fuentes. The event is subject to all security measures fighting the spreading of COVID-19, so masks are compulsory and social distances need to be observed at all times during screenings.