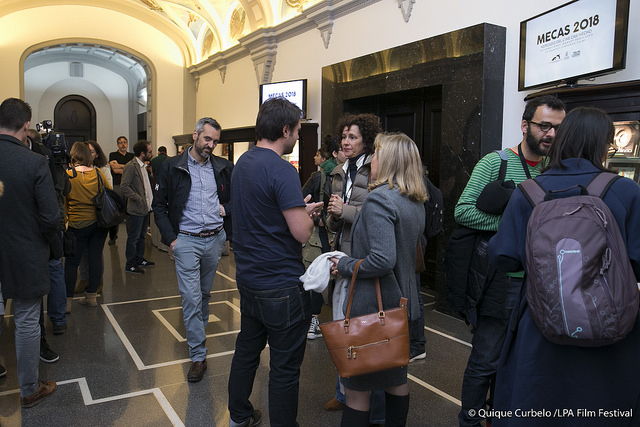 The Market of Almost-Finished Films (MECAS), holds on Tuesday 10 its second conference and begins the presentation of the nine international projects selected among the 63 submitted ones, some projects who are looking for potential producers and distributors among the professionals attending it, as well as fighting for the 8,000 euro award to help their distribution:

The committee that will assess the projects and provide advise and counsel to the participants is made up of the president of Mogador Film, Christoph Toke; the coordinator of programming at FID Marseille, Fabianne Moris; the Italian producer Luciano Rigolini; Memento Films’ head of international sales and acquisitions, Tania Messner; the one in charge of festivals within the international sales agency Stray Dogs, Lison Herv; the international sales expert of Alpha Violet, Keiko Fumato; the producer of Ciné-Sud Promotion, Thierry Leneuvel; a consultant of the Karlovy Vary, Susana Santos Rodrigues; the consultant Olimpia Pont Cháfer; the doctor and professor in Audiovisual Communication at University of the Basque Country, Vanesa Fernández Guerra; the director of Festival REC (Tarragona) and programmer of Tallinn Black Nights IFF, Xavier García Puerto; the film critic, journalist and director of VOS, Martín Cuesta; the co-founder of CINEBINARIO, a cooperative distribution company of independent cinema, Alberto Sedano; the director of Capricci Cine, Diana Santamaría; and the one responsible for La Incubadora, a development program that promotes internationalization of emerging producers, Gemma Vidal.

Further information on the following link.