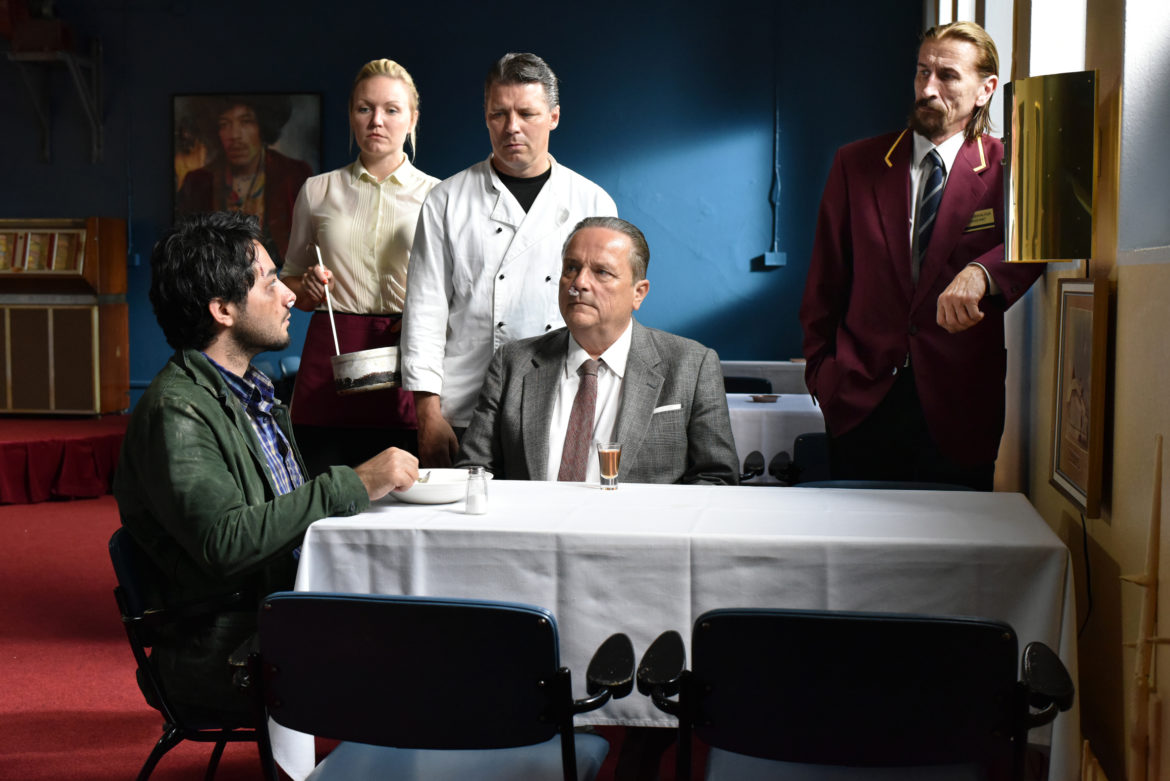 Thus, between March 31 and April 9, the audience of the Gran-Canarian festival will be able to watch, before its commercial release in theaters -set in April by Golem distribution company-, the film which, according to what the filmmaker announced in Berlin, closes his brilliant filmography.

Kaurismäki focuses on one of the most delicate and controversial issues in international politics, the refugees’ drama. The Other Side of Hope, starred by a young Syrian refugee who seeks political asylum in Helsinki and by a sales agent in crisis who decides to end his marriage and his business, returns to disadvantaged characters and committed criticism, in an exercise that makes use of deadpan humor to stir consciences.

With a 34-year-career behind him, Aki Kaurismäki has won 48 awards, including those obtained at Cannes or Berlin, thanks to titles such as Le Havre, Lights in the Dusk and Drifting Clouds, among others. Kaurismäki is the most recognized author in the Nordic region.

Before its release in Spain, critics have already praised Aki Kaurismäki’s last film, due to its appearance at the Berlinale, with statements such as the following (filmaffinity.com):

“A film as captivating as harsh, as desperate as, why not say it, necessary.” Luis Martínez, El Mundo

“The Finnish filmmaker constructs a tale without moralizing, which shows the refugees’ situation at their arrival to Europe without exaggerating, leaning on its laconic characters’ charming.” Sergi Sánchez, Fotogramas

“Kaurismäki does again what he does best: linking scenes in which characters do very absurd things in a completely serious way, and using that hieratic comedy to fill us with melancholy and grief.” Nando Salvá, El Periódico

“Aki Kaurismäki’s deadpan is one of those beautiful things that’s been refined beyond all reason over years of intense practice, eventually approaching a perfection that makes it easy to predict but impossible to deny.” David Ehrlich, Indiewire