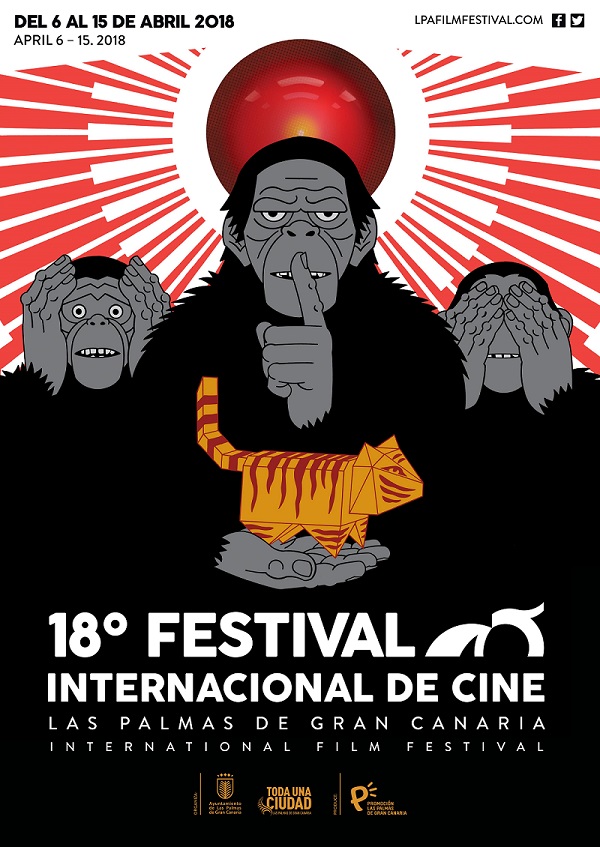  An illustration by the current owner of the National Comic Award, Rayco Pulido, provides the image for the eighteenth edition of the Film Festival

 The poster condenses in a picture the direction of this edition, presented for the first time under a guiding thread: May 1968 events from the perspective of creation as a process that mobilizes, questions and demystifies established limits

 The Festival has received 667 entry forms for its competitive sections, which shall be watched by the selection committee along with other 150 works for the composition of the film series

Las Palmas de Gran Canaria, Tuesday 27, February, 2018. The eighteenth edition of the Las Palmas de Gran Canaria International Film Festival, which will take place between April 6 and 15, evokes two historical landmarks that celebrate their 50th anniversary and proposes for the first time since its beginning a guiding thread that will link the different screenings with one another. Set out as its main film series, “May 1968” uses the events to highlight not their utopic political dimension but their aesthetic radical nature.

The Festival has also wanted to commemorate the 50th anniversary premiere of 2001: A Space Odyssey, by Stanley Kubrick. Despite being unable to screen the film due to political strategies on behalf of its distributor, the festival shall endeavor for the film to be somehow present in the edition. Rayco Pulido, the current owner of the National Comic Award, signs the poster that condenses the target direction with icons that talk to each other and which are integrated into a whole showing his particular view of the wise apes, the revolutionary “paper tiger” and the disturbing HAL 9000 from 2001: A Space Odyssey.

Encarna Galván, the city councilwoman of Culture, Luis Miranda, the director of the Festival and Rayco Pulido, the creator of the poster, have presented this morning, February 27, the picture of this edition and have put forward some of the lines drawn in the making of the program. 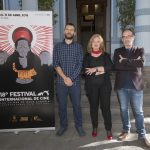 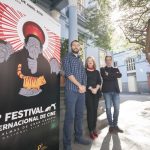 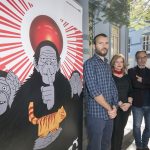 “In a way, the spirit of May 1968 stretches to the limit and closes at the same time that period of creative energy that made the 60s the most brilliant and contradictory decade from the point of view of cultural production and, of course, from the point of view of cinema. What deserves to be highlighted are not its many mistakes and revolutionary dogmatisms, but the anti-conservative attitude and the corresponding outburst of creativity it produced”, pointed out Miranda. “Ultimately, what’s inspiring is the call to experimentation. Making cinema politically was not making social realism, but exploring all its poetic potential”, he kept on explaining.

The film series will bring together several auteur films and will point to fundamental authors such as Jean Luc Godard, Chris Marker, Pier Paolo Pasolini, Kiju Yoshida or Marcel Hanoun, who were filmmakers that demanded a degree of freedom that resulted in a significant leap in relation to what the industry allowed. But, according to what they revealed, the film series will broaden its look trying to show what was being made at the time in different parts of the world by searching for authors that made the effort to film a way of deconstructing forms, a way of arousing spectators, questioning and mobilizing them while, transversely, they managed to democratize the access to production.

This revisiting of May 1968 and the 50th anniversary of 2001: A Space Odyssey, which won’t be screened at the festival because its distributor does not allow screenings due to a strategy for the celebration of its original premiere, give shape to an edition that “at first sight, seems very commemorative”, pointed out the director of the Festival, “although our idea has always been screening the past of cinema in its present and vice versa”, he specified.

This was the idea the Festival wanted to capture in a poster led by an illustration, and with that in mind the work team got in touch with Rayco Pulido (Telde, 1978), who, willingly, accepted right away the proposal the same week it got out that the Ministry of Culture granted the National Comic Award to the work Lamia, by the local author.

Pulido, who is a Fine Arts graduate from the University of Barcelona, alternates teaching with his work as a comic author and already has several awards and nominations -with five graphic novels published so far. He showed interest on the project because he has been part of the audience of the Festival and also because he is a self-admitted film buff, in such a way that the initial proposal of designing the picture was expanded to the creation of supplements for the catalogue, which will be released this year at a reduced price, and a small comic which will serve as an introduction to the May 1968 film series.

After numerous meetings and debates about cinema as a state of art and about the peculiarity of this edition that focused on the aforementioned landmarks, Pulido presented a classic pyramidal composition that plays with simplicity and visual hierarchy and that directs its vision towards HAL 9000, and from them to the wise apes, beginning with the central figure, to end up with the paper tiger. A picture that relies again on apes as its protagonists, but that gives room for the iconic paper tiger that have been multi-purposed in films since it was introduced by Mao Zedong in an interview related to imperialism and the reactionary, as a comparison to the futility of power.

2001: A Space Odyssey is also present in the picture through the super computer of the Discovery spaceship: HAL 9000, an artificial intelligence that reopened the philosophical and allegorical debate of the film, and which still nowadays keeps alive the reflection on the origin and nature of intelligence and identity. Thus, the program will not include the cult film by Stanley Kubrick, but will offer a mini-cycle that, under the title “Red Star”, will take the Elder Museum of Science and Technology with contemporary sci-fi films coming from East Europe, such as Ikarie XB-1, a Czechoslovakian film directed by Jindřich Polák and released in 1963, or the Russian Solaris, by Andréi Tarkovski and released in 1972.

After revealing two of the three film series of 2018, the third one still in the making, Luis Miranda pointed out that around 130 works that will be screened at the Pérez Galdós Theater, the Monopol Multiplex and the Elder Museum of Science and Technology will share the same spirit of embracing a cinema that shows the process all together, that spurs from the cinema-ideology binomial.

Before presenting the complete program, the selection committee of the festival is finishing the viewing of around 800 works: the 667 ones submitted besides other 150 out of which it should come out the content of the film series and regular sections of the Festival: Panorama, Panorama Spain, Canarias Cinema, The Magic Lantern, The Freakiest Night and the Monopol Musical Festival, a section that will include screenings and ten concerts and musical sessions.

In addition, the 18th Las Palmas de Gran Canaria International Film Festival will hold a second edition of the Market of Almost-Finished Films (MECAS), a meeting that already has confirmed the attendance of twenty experts that will come to the island in order to assess and advise the participants. 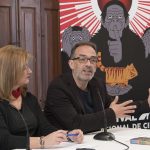 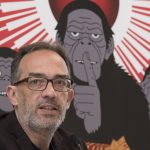 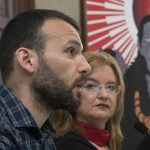